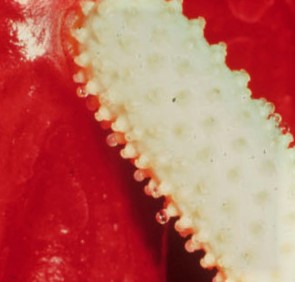 Leaves are the most plastic of all plant organs.  That means that they can be modified in endless ways
to result in a mind-boggling variety of shapes. Through evolution via adaptive modification, leaves form an endless array of light-gathering antennas, from the giant fronds of palms to the tiny scales of a juniper twig, but beyond that, have adapted into tendrils, insect-catching traps, and even the parts of the flower.

A bract is a whole leaf, though it is typically smaller than a regular leaf, simpler in shape, and often colored differently. In some cases, brightly colored bracts serve as part of the apparatus for attracting pollinators, and may even appear to be petals.

A leaf sheath, on the other hand, is the broad basal part of typically large, complex leaves that surrounds the growing tip of the shoot. The rest of the leaf - typically a petiole and a blade - is typically full-sized,


As for leaf sheathes, some of the most spectacular are found in palms, but virtually all monocots form a leaf sheath when young.  Leaf sheathes attach to the stem in a complete circle when young, but typically splits apart on one side as the leaf matures and the stem within it expands.  In others, such as the royal palm, the overlapping leaf sheaths of the functioning leaves remain as a smooth, tight, crownshaft.

The "trunks" of banana plants are made up entirely of leaf sheaths, that may be more than three meters long, wrapped around each other (see "The invention and reinvention of trees")


Recall from "The underground plant movement" that the bulb of an onion or amaryllis is also made up of leaf sheaths that fill up with food and water, and are left as storage organs as the leaf blade on top of them dries up and disappears.